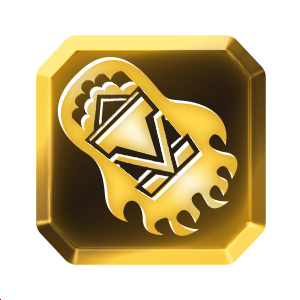 Fire Missiles is one of three abilities available to Yang Xiao Long in RWBY: Grimm Eclipse, specifically her ranged combo. To use, fire ranged attacks three times in succession, and the third will be a Fire Missiles.

In Early Access, Yang had Sunbreaker instead of Fire Missiles. When used, Yang jumped into the air, uppercutting enemies directly in front of her, similar to her LLH in the Full Release.

Retrieved from "https://grimmeclipse.fandom.com/wiki/Fire_Missiles?oldid=6577"
Community content is available under CC-BY-SA unless otherwise noted.