Blake Belladonna is a playable character in RWBY: Grimm Eclipse, created by Rooster Teeth. However, she is not present in the demo version, released in April, 2014.

Blake's model in this game is exactly the same as her original outfit in volumes 1 through 3.

Like her name, most of her outfit is dark themed, apart from the white undershirt and shorts. Even her hair is black, along with her bow hiding her Faunus traits, making her amber eyes stand out.

The ribbon of Gambol Shroud is found wrapped around her wrists, even the one with the detached black sleeve.

She wears a tailed vest on her topmost layer, that is buttoned up above the solar plexus. From there, it flares out, revealing a bared stomach.

Blake wears white shorts that is followed by a pair of form fitting tights, that go from black and fade into purple. Blake's symbol is visible on her thigh.

To finish it all off, Blake wears black ankle high boots, that are also heeled.

Blake's attacks tend to be fast but weak, her combos versatile. Her aerial attacks are some of the most damaging air attacks. Her basic ranged attacks deal 20 damage, with her ranged combo ending in a Blade Beam. Her Stun Blades are particularly effective, having a wide hitbox and infinite range, allowing how to gain combo quickly while doing crowd control. Her counter deeals 60 damage and stuns the enemy. 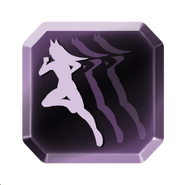 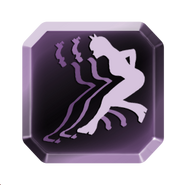 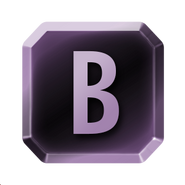 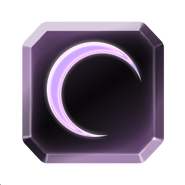 A whopping x1650 combo! Thanks, stunblades!

Blake's ice clone ultimate
Add a photo to this gallery

Retrieved from "https://grimmeclipse.fandom.com/wiki/Blake_Belladonna?oldid=7084"
Community content is available under CC-BY-SA unless otherwise noted.